timespace coordinates: AMC describes the series as a “modern fable set in Long Beach, California about a disarmingly optimistic local ex-surfer, Dud (Wyatt Russell), who’s drifting after the death of his father and collapse of the family business.” In the first season, Dud joins a fraternal order known as the Order of the Lynx, hoping the Lodge can put him “on the path to recover the idyllic life he’s lost.” 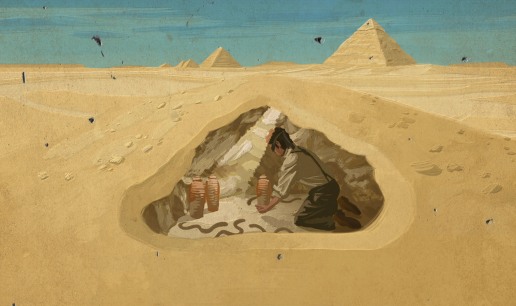 Lodge 49 is an American comedy-drama television series created by Jim Gavin. It aired on the television network AMC in the United States from August 6, 2018, to October 14, 2019, spanning two seasons and 20 episodes. 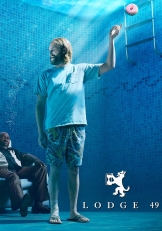 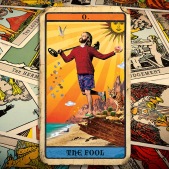 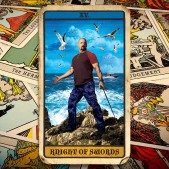 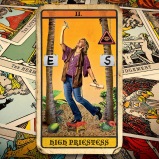 The title alludes to the novella The Crying of Lot 49 by Thomas Pynchon, which Gavin references as an inspiration. (wiki) 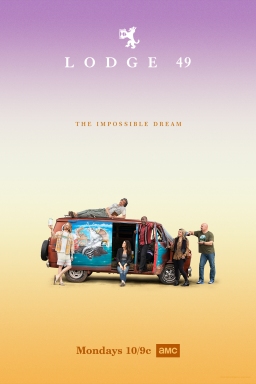 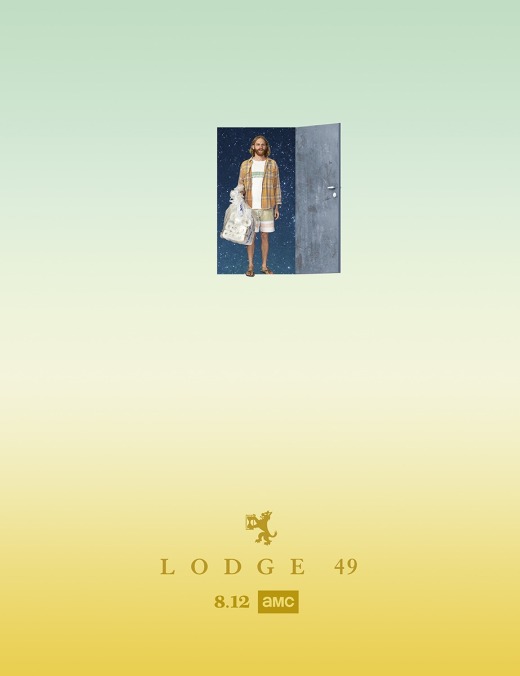 “and you,” she went on, addressing me, “have received more than others, see that you also give more!”

The Chymical Wedding of Christian Rosenkreutz (German: Chymische Hochzeit Christiani Rosencreutz anno 1459) is a German book edited in 1616 in Strasbourg. Its anonymous authorship is attributed to Johann Valentin Andreae. The Chymical Wedding is often described as the third of the original manifestos of the mysterious “Fraternity of the Rose Cross” (Rosicrucians), although it is markedly different from the Fama Fraternitatis and Confessio Fraternitatis in style and in subject matter. 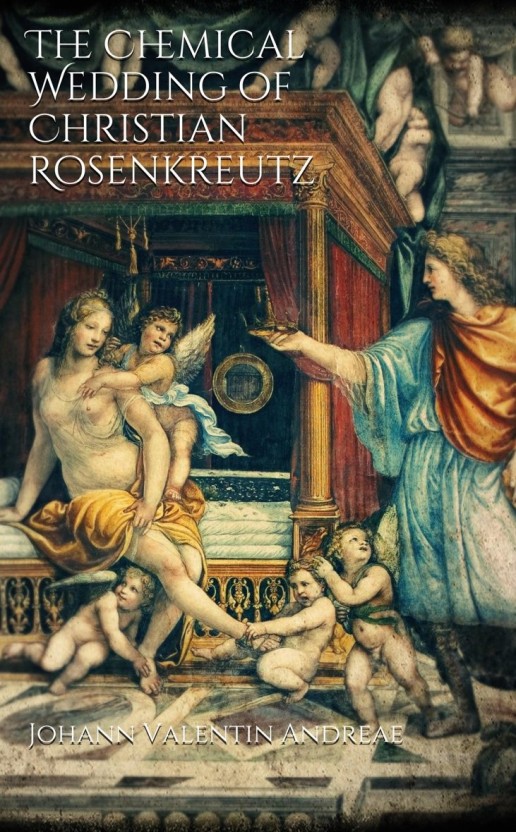 It is an allegoric romance (story) divided into Seven Days, or Seven Journeys, like Genesis, and recounts how Christian Rosenkreuz was invited to go to a wonderful castle full of miracles, in order to assist the Chymical Wedding of the king and the queen, that is, the husband and the bride.

This manifesto has been a source of inspiration for poets, alchemists (the word “chymical” is an old form of “chemical” and refers to alchemy—for which the ‘Sacred Marriage’ was the goal) and dreamers, through the force of its initiation ritual with processions of tests, purifications, death, resurrection, and ascension and also by its symbolism found since the beginning with the invitation to Rosenkreutz to assist this Royal Wedding. (read more: wiki)

Esoteric Christianity and the Mission of Christian Rosenkreutz

The Mission of Christian Rosenkreutz 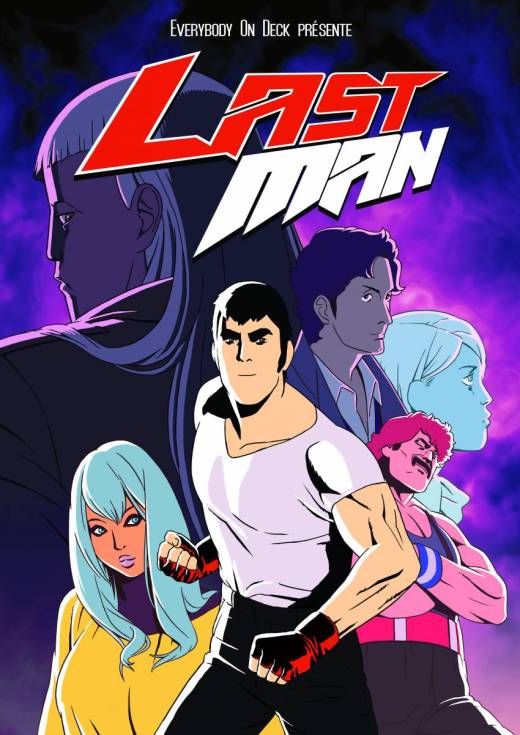 Meet the young Richard Aldana, 10 years before he kicks everyone’s ass in the comic book Lastman. Follow his adventures over 26 episodes – a total of more than 5 hours of animation – full of fighting, gangsters, and paranormal activity! 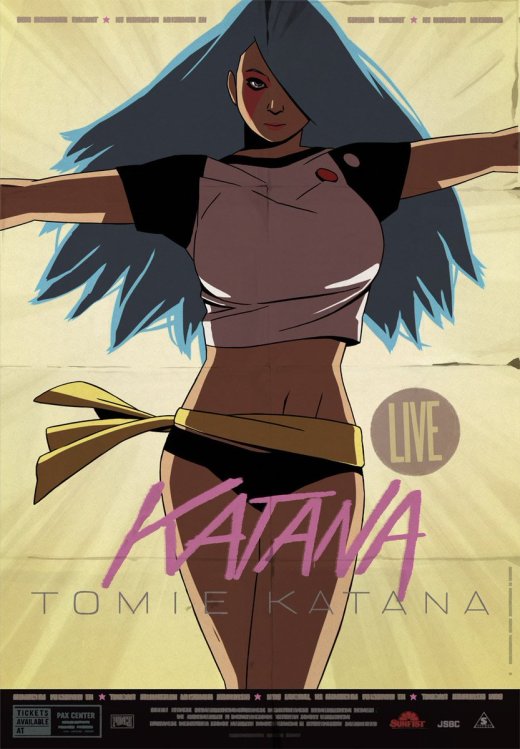 “Through coal’s carbon chemistry, and its waste product of coal-tar, a realm of synthetic colours and substances is unlocked from a dense and primitive blackness. The ﬁrst magic act is coal-tar becoming colour, the ﬁrst of thousands of substitutions. This magic is a black force. Gravity’s Rainbow lets loose its narrative strands amongst a world of acronyms and neologisms, ﬁctional and actual. spqr, arf, mmpi, soe, spog,
cios, bafo, nta, shaef, pwd, cns, pisces, viam, tsagi, niso, bafo, okw, achtung, Kryptosam, Hexeszüchtigung, ctenophile, Oneirine. These clatter like the evil spells from a necromancer’s manual. These clotted words spell out the coordinates of military, economic and technological power. The most important of these cryptic formulae, the acronyms that generate the rainbow and allow the tracing of its arc,are the colour factory ig Farben and the German Second World War rocket weaponry known as v-1, v-2 or a4. Pynchon brings these two industrial-technological forces into proximity with magic, mysticism and alchemy.”

“Inside the arcades, the ur-architectural phenomenon of the nineteenth century, transitional colours, twinkle, glimmer and reﬂection danced, and all the more charmingly as night fell. In the early days the gas lighting, whose illumination was an uneven ﬂickering, cast a sparkly sheen over everything. In the arcades, their historian Walter Benjamin claimed, ‘falser colours are possible’, and everything is doused in a special ‘glaucous gleam’, which is reminiscent of aquariums, as Friedrich Gerstäcker imagined in a ﬁctional transposition and, after him, Aragon made so vivid in Paris Peasant. In Gerstäcker’s The Sunken City, the hero sees, to his amazement, that
with the gradual infusion of twilight, these undersea corridors just as gradually lit up by themselves. For everywhere in the bushes of coral and sponge were sitting broad-brimmed, glassy-looking medusas, which already at the outset had given off a weak,greenish phosphorescent light that quickly picked up strength at the approach of darkness and now was shining with great intensity.
The arcades are zones of special effects where optical illusions, tricks of the light and transformations readily occur. This is why the arcades appear so magical, but it also intimates something of their propensity to deception and delusion. The very magic of the space colludes with the commodity promises on sale.”

“Celestis offers space burials, with the ashes compacted in a capsule and sent into orbit (before re-entering) or ﬁred to the moon or into deep space (for ever). That which is legally a ‘ﬁnal deposition’ can be commodiﬁed further in an effort to afford a technologically guaranteed sublime.They also offer a star-naming service.   At the start of the twenty-ﬁrst century, a Chicago company announced that it had created a new way to memorialize loved ones: by turning their charred remains into a gem. The ‘patent-pending’ LifeGem offers to press the cremated ashes of a lost one into a diamond. You can have your loved one with you whenever you choose, which is something that no other memorial product offers, remarks Greg Herro, LifeGem’s chief executive. ‘Nothing else quite offers that everlasting love.’ (…) ‘The proprietary LifeGem creation process creates diamonds from the true essence of our loved ones, the carbon.”