Explore the life and ideas of evolutionary theorist and biologist Lynn Margulis, a scientific rebel whose unconventional theories challenged the male-dominated scientific community and are today fundamentally changing how we look at ourselves, evolution, and the environment. The film is divided into 10 discrete essays, which serve as chapter breaks ideal for session viewing.

Ten years in the making, Fabricated is a stop-motion journey through an alien world which was once our own.

After biological life has passed from existence, our machines try to restart it with the pieces we have left behind. On an anonymous assembly line, a creature is built from steel and bone and sent off. Making his way through an old world that is dying and a new world struggling to be born, he begins to sense that he may have a part to play in the evolution of his imperfect kind. This ﬁlm was animated by one person (Brett Foxwell) over ten years in four different cities. 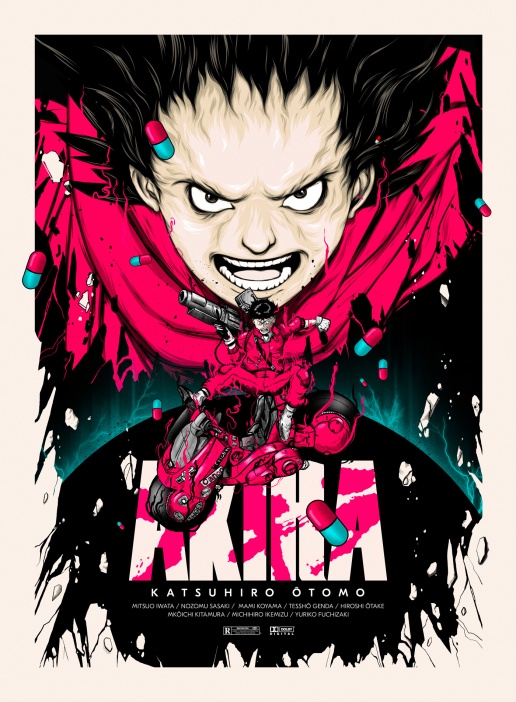 Akira (Japanese: アキラ Hepburn: Akira) is a 1988 Japanese animated post-apocalyptic cyberpunk film directed by Katsuhiro Otomo, based on Otomo’s 1982 manga of the same name. The film had a production budget of ¥1.1 billion ($9 million), making it the most expensive anime film of its time.

Set in a dystopian 2019, Akira tells the story of Shōtarō Kaneda, a leader of a local biker gang whose childhood friend, Tetsuo Shima, acquires incredible telekinetic abilities after a motorcycle accident, eventually threatening an entire military complex amidst chaos and rebellion in the sprawling futuristic metropolis of Neo-Tokyo. While most of the character designs and settings were adapted from the manga, the plot differs considerably, and does not include much of the last half of the manga. The soundtrack, which draws heavily from traditional Indonesian gamelan as well as Japanese noh music, was composed by Shōji Yamashiro and performed by Geinoh Yamashirogumi.

Akira premiered in Japan on July 16, 1988 by Toho, but was initially unable to recoup its budget. It was released the following year in the United States by pioneering animation distributor Streamline Pictures. It garnered an international cult following after various theatrical and VHS releases, eventually earning over $80 million worldwide from home video sales. It is widely regarded by critics as one of the greatest animated and science fiction films ever made, as well as a landmark in Japanese animation. It is also a landmark film in the cyberpunk genre, particularly the Japanese cyberpunk subgenre, as well as adult animation. The film had a significant impact on popular culture worldwide, paving the way for the growth of anime and Japanese popular culture in the Western world as well as influencing numerous works in animation, comics, film, music, television and video games. (wiki) 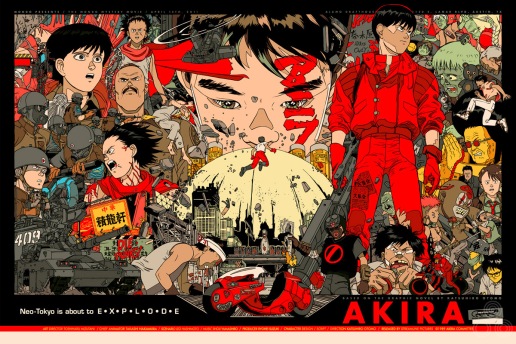 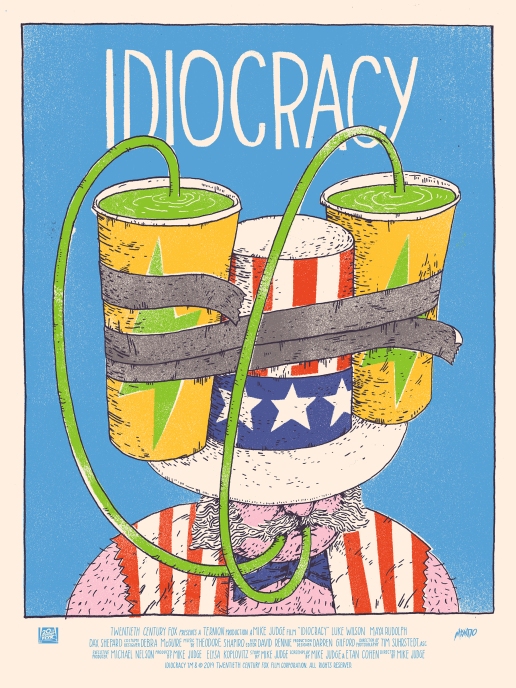 The film tells the story of Joe Bauers (Wilson), an American soldier who takes part in a classified military human hibernation experiment, only to accidentally awaken 500 years later in a dystopian society where mankind has embraced anti-intellectualism and commercialism has run rampant, and which is devoid of intellectual curiosity, social responsibility, and coherent notions of justice and human rights.

The film was not screened for critics, and distributor 20th Century Fox was accused of abandoning the film. Despite its lack of a major theatrical release, which resulted in a mere $495,303 box office, the film received positive reviews from critics and has become a cult film. (wiki)

Voyage of Time is a 2016 American IMAX documentary film written and directed by Terrence Malick. An exploration into our planetary past and a search for humanity’s place in the future. Malick has been working on the film for over forty years and it has been described by Malick himself as “one of my greatest dreams”. 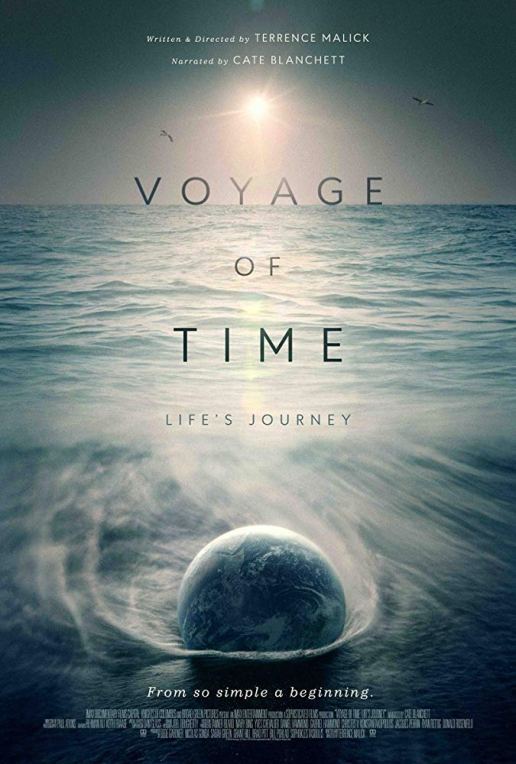 Voyage of Time was released in two versions: a forty-minute IMAX version with narration by Brad Pitt, and a 35-millimetre feature-length edition (also known as Voyage of Time: Life’s Journey) narrated by Cate Blanchett. (wiki) 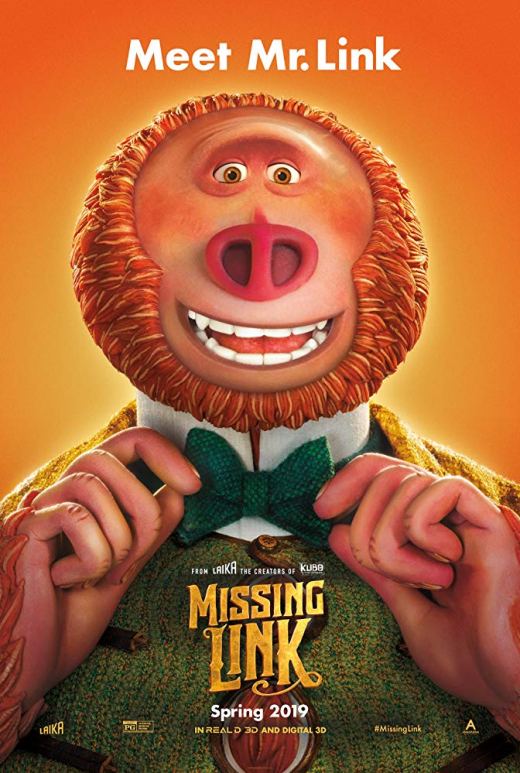 Missing Link is a 2019 American stop-motion animated adventure film written and directed by Chris Butler and produced by Laika in association with Annapurna Pictures. It features the voices of Hugh Jackman, Zoe Saldana, Emma Thompson and Zach Galifianakis. The plot follows an English explorer who encounters a Sasquatch-type creature and must escort him to his Yeti cousins in the fabled valley of Shangri-La. 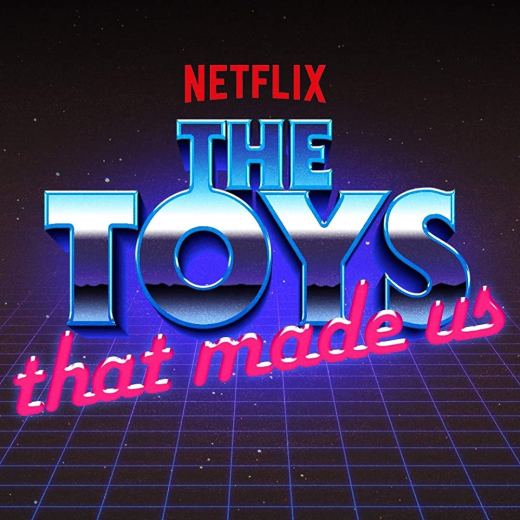 The Toys That Made Us is an American documentary web television series created by Brian Volk-Weiss. The first four episodes of the series began streaming on Netflix on December 22, 2017, and the next four were released in May 25, 2018. 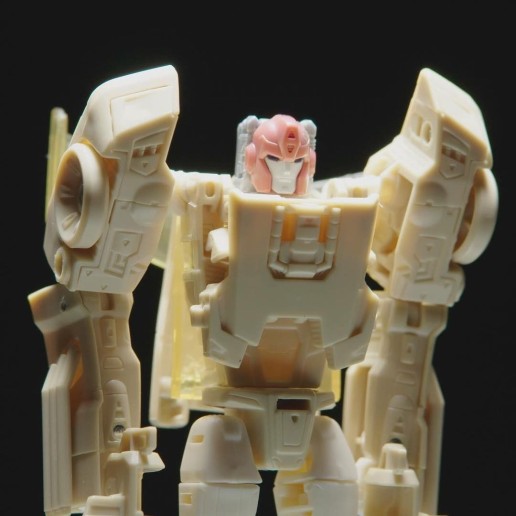 “The minds behind history’s most iconic toy franchises discuss the rise — and sometimes fall — of their billion-dollar creations.” rottentomatoes