Southland Tales is a 2006 science fiction comedy-drama thriller film and the second film written and directed by Richard Kelly. The title refers to the Southland, a name used by locals to refer to Southern California and Greater Los Angeles. Set in the then-near future of 2008, as part of an alternate history, the film is a portrait of Los Angeles, and a satiric commentary on the military–industrial complex and the infotainment industry. The film features an ensemble cast including Dwayne Johnson, Seann William Scott, Sarah Michelle Gellar, Mandy Moore, and Justin Timberlake. Original music was provided by Moby. The film is an international co-production of the United States, Germany and France.

timespace coordinates: On July 4th, 2005, in a fictionalized United States alternate history reality, two towns in Texas (El Paso and Abilene) were destroyed by twin nuclear attacks, killing thousands and triggering a catastrophe of unimaginable proportions, sending America into a state of anarchy and hysteria, as well as a Third World War (a fictionalized version of what the nation may have become under the War on Terror), with the US government re-introducing the draft. The PATRIOT Act has extended authority to a new agency known as US-IDent, which keeps constant surveillance on citizens—even to the extent of censoring the Internet and requiring fingerprints to access computers and bank accounts. In response to the recent fuel shortage in the wake of global warfare, the German company Treer designs a generator of inexhaustible energy, which is propelled by the perpetual motion of ocean currents, called “Fluid Karma”. However, its inventor Baron von Westphalen and his associates are hiding the fact that the generators alter the ocean’s currents and cause the Earth to slow its rotation, and that the transmission of Fluid Karma to portable receivers (via quantum entanglement) is ripping holes in the fabric of space and time.

In near-future 2008, Los Angeles (referred to as “The Southland” by locals) is a city on the brink of chaos overshadowed by the growth of an underground neo-Marxist organization. The film follows the criss-crossed destinies of Boxer Santaros, an action film actor stricken with amnesia; Krysta Now, a psychic ex-porn star in the midst of creating a reality TV show; and twin brothers Roland and Ronald Taverner, whose destinies become intertwined with that of all mankind.

Southland Tales was initially planned to be a nine-part “interactive experience”, with the first six parts published in six 100-page graphic novels that would be released in a six-month period up to the film’s release. The feature film comprises the final three parts of the experience. A website was also developed to intertwine with the graphic novels and the film itself.  The idea of six graphic novels was later narrowed down to three. The novels were written by Kelly and illustrated by Brett Weldele. Kelly wrote them while making the film and found it very difficult as it pushed him “to the edge of my own sanity”, as he remarked in an interview.

They have been collected together into one single volume:

The titles of the parts in the film are: 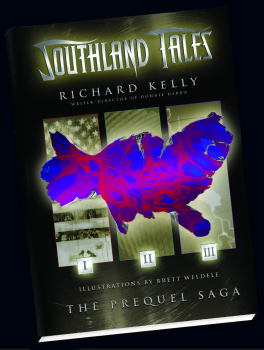 The film remains enigmatic to many viewers and even some of its makers. In a 2011 interview, Justin Timberlake himself said, “To me, Southland Tales is performance art. I still don’t know what that movie is about [laughs].”

In a 2013 interview, Kelly said he considered this work as “the thing that I’m most proud of, and I feel like it’s sort of the misunderstood child or the banished child.” (wiki) 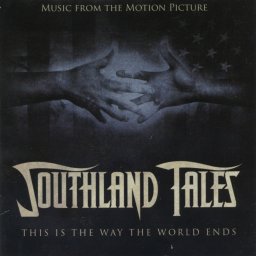 The 13th Warrior is a 1999 American historical fiction action film based on Michael Crichton‘s novel Eaters of the Dead, which is a loose retelling of the tale of Beowulf combined with Ahmad ibn Fadlan‘s historical account of the Volga Vikings. It stars Antonio Banderas as Ahmad ibn Fadlan, as well as Diane Venora and Omar Sharif. It was directed by John McTiernan. Crichton directed some reshoots uncredited. (wiki) 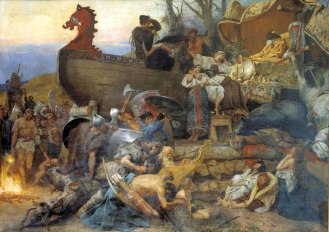 Ibn Fadlān and the Land of Darkness: Arab Travellers in the Far North

A Private War is a 2018 American biographical drama film directed by Matthew Heineman and starring Rosamund Pike as journalist Marie Colvin. The film is based on the 2012 article “Marie Colvin’s Private War” in Vanity Fair by Marie Brenner. The film was written by Arash Amel and features Jamie Dornan, Tom Hollander and Stanley Tucci. (wiki) 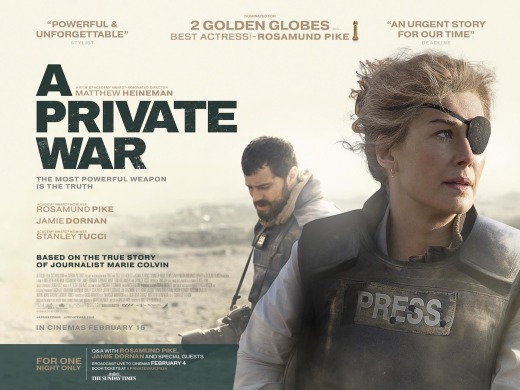 imdb
this material has been prepared for educational and informational purposes only. this blog claims no credit for any images posted on this site unless otherwise noted. Images on this blog are copyright to its respectful owners. If there is an image appearing on this blog that belongs to you and do not wish for it appear on this site, please E-mail (pneuma_pnea(at)yahoo.com) with a link to said image and it will be promptly removed. / or send us a link to your web page and we'll attach it to the image.