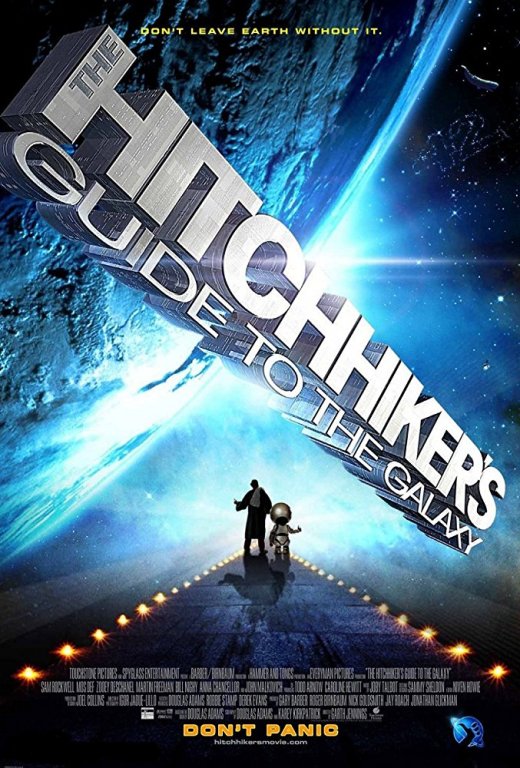 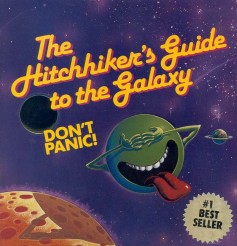 Flyer for the 1979 stage production at the ICA of The Hitchhiker’s Guide To The Galaxy.

Easter Egg: The DVD includes an “Improbability Drive” item on every menu. Clicking this leads to a random point in one of the bonus features. Used several times leads to a strange cartoon, which is the same one Deep Thought watches. 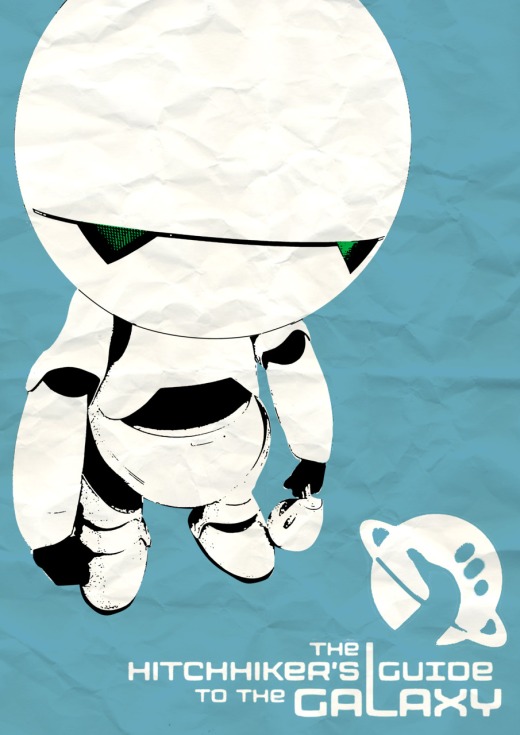 The Hitchiker’s Guide is a parody of “The Encyclopedia Galactica” from Isaac Asimov‘s Foundation novels. 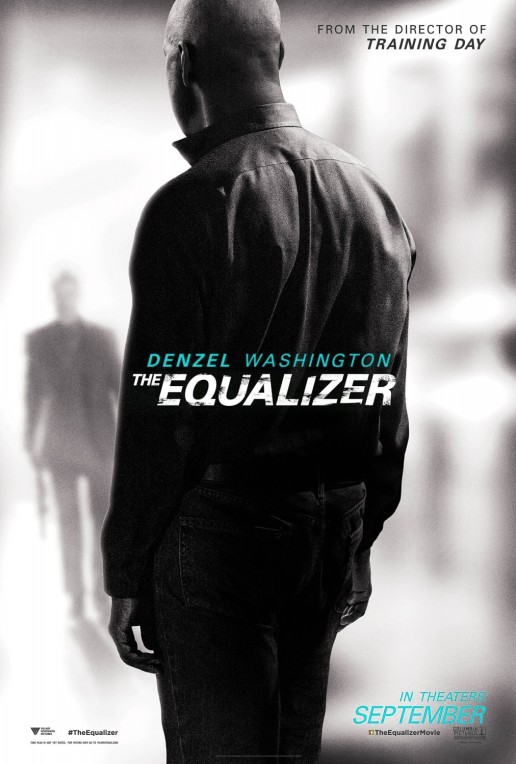 Uncharted is an action-adventure third-person shooter platform video game series developed by Naughty Dog and published by Sony Interactive Entertainment for PlayStation consoles. The series follows protagonist Nathan “Nate” Drake(portrayed by Nolan North through voice and motion capture) a charismatic yet obsessive treasure hunter who journeys across the world to uncover various historical mysteries. The main series began with Uncharted: Drake’s Fortune released on the PlayStation 3 in 2007, followed by its sequels Uncharted 2: Among Thieves (2009), Uncharted 3: Drake’s Deception (2011), with the final installment Uncharted 4: A Thief’s End released on the PlayStation 4 in 2016. A prequel, Uncharted: Golden Abyss, was released for Sony’s PlayStation Vita handheld system in 2011, followed by the card game spin-off Uncharted: Fight for Fortune in 2012. A standalone expansion to the series, Uncharted: The Lost Legacy, was released in 2017, with Chloe Frazer as the game’s playable protagonist. 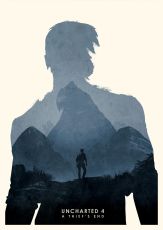 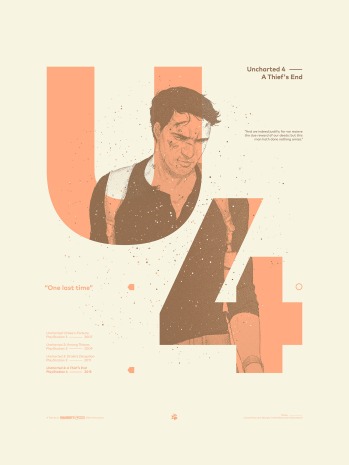 During World War II, more than 70,000 Finnish children were evacuated to neutral Sweden to avoid the conflict. 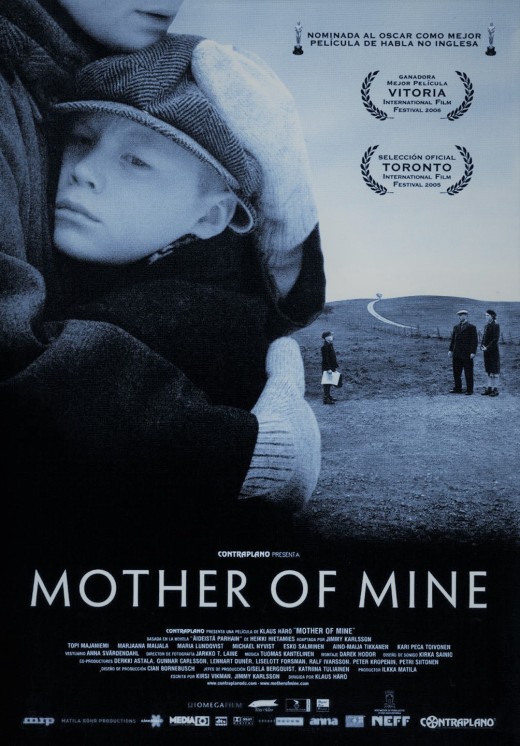 Mother of Mine (Finnish: Äideistä parhain, Swedish: Den bästa av mödrar) is a 2005 Finnish film directed by Klaus Härö. The film is based on a novel by Heikki Hietamies.