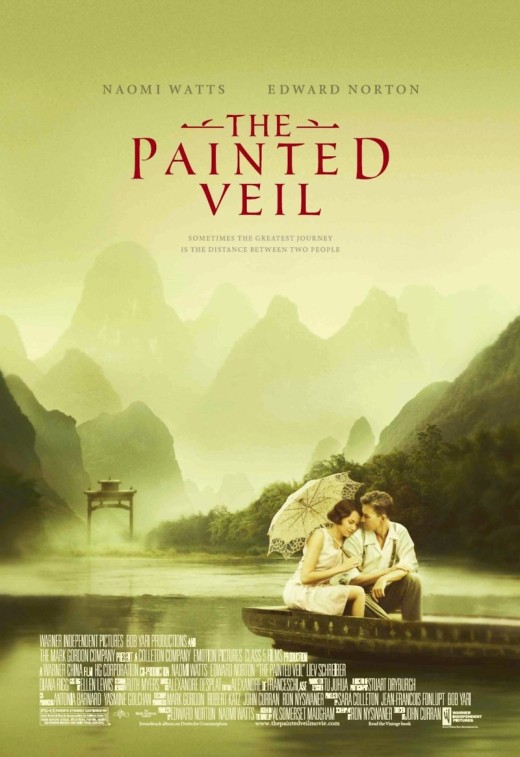 The Painted Veil is a 2006 American drama film directed by John Curran. The screenplay by Ron Nyswaner is based on the 1925 novel of the same title by W. Somerset Maugham. Edward Norton, Naomi Watts, Toby Jones, Lü Yan, Anthony Wong Chau Sang and Liev Schreiber appear in the leading roles.

This is the third film adaptation of the Maugham book, following a 1934 film starring Greta Garbo and Herbert Marshall and a 1957 version called The Seventh Sin with Bill Travers and Eleanor Parker. (wiki)

Perfume: The Story of a Murderer is a 2006 German period psychological crime thriller film directed by Tom Tykwer and starring Ben Whishaw, Alan Rickman, Rachel Hurd-Wood, and Dustin Hoffman. Tykwer, with Johnny Klimek and Reinhold Heil, also composed the music. The screenplay by Tykwer, Andrew Birkin, and Bernd Eichinger is based on Patrick Süskind‘s 1985 novel Perfume. Set in 18th century France, the film tells the story of Jean-Baptiste Grenouille (Whishaw), an olfactory genius, and his homicidal quest for the perfect scent. (wiki)

BioShock 2 is a first-person shooter video game developed by 2K Marin and published by 2K Games. A part of the Bioshock series, it is the sequel to the 2007 video game BioShock and was released worldwide for Microsoft Windows, the PlayStation 3, and the Xbox 360 on February 9, 2010. Feral Interactive released an OS X version of the game on March 30, 2012.  A remastered version of the game was released on Microsoft Windows, PlayStation 4 and Xbox One on September 13, 2016, as part of BioShock: The Collection. 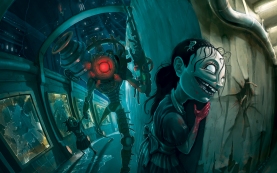 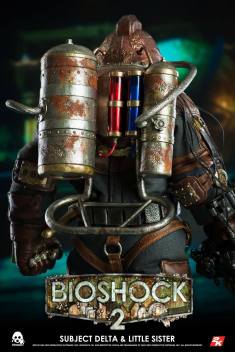 Set in the fictional underwater dystopian city of Rapture, the game’s story takes place eight years after BioShock. Assuming control of Subject Delta, a hulking Big Daddy, players are tasked with fighting through “splicers”, the psychotic human population of the city, using weapons and an array of genetic modifications. The game also introduces a story-driven multiplayer mode called Fall of Rapture, which takes place during Rapture’s 1959 civil war, before the events of the first game. 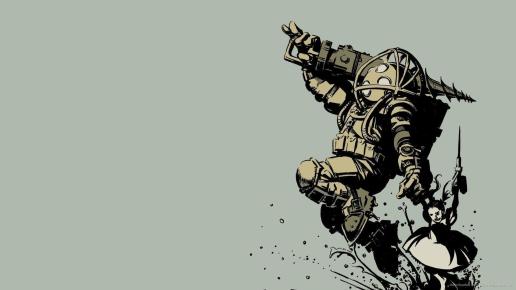 (Themes) In contrast to the first BioShock‘s focus on libertarianism and Ayn Rand’s philosophies, BioShock 2 focuses on collectivist ideals. Lamb’s philosophy of altruism is based on that of Karl Marx and John Stuart Mill. “Her motto is ‘Make the world your family’ meaning force your mind into becoming loyal to the world in a way usually reserved for your child, and that’s intellectually daunting,” said Thomas. In comparison to the first game’s questions of free will and destiny, Thomas said that the player character is “almost the ultimate individual” whom Lamb goads to fulfill her goals.

Professor Ryan Lizardi draws parallels between BioShock 2‘s themes of community versus the individual and the issues of McCarthyism and the hippie movement that occurred around the time period of the game’s setting. “As this sequel is an extension of the first game’s storylines and characters, there are direct contrasts between the extreme politics of Andrew Ryan’s objectivism and the extreme religion/politics of Lamb’s collectivism,” he writes. “Bioshock 2 specifically asks players to question all sides of debates when extreme stances are taken, and asks players to weigh their decisions in an alternate and complex history. ” (wiki) 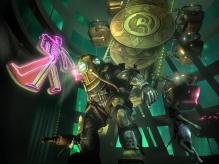 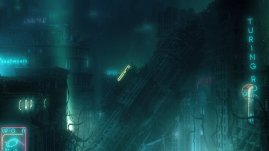 Fantastic Beasts and Where to Find Them is a 2016 fantasy film directed by David Yates. A joint British and American production, it is a spin-off and prequel to the Harry Potter film series, and it was produced and written by J. K. Rowling in her screenwriting debut, and inspired by her 2001 book of the same name. The film stars Eddie Redmayne as Newt Scamander, with Katherine Waterston, Dan Fogler, Alison Sudol, Ezra Miller, Samantha Morton, Jon Voight, Carmen Ejogo and Colin Farrell in supporting roles. It is the first instalment in the Fantastic Beasts film series, and ninth overall in the Wizarding World franchise, that began with the Harry Potter films. 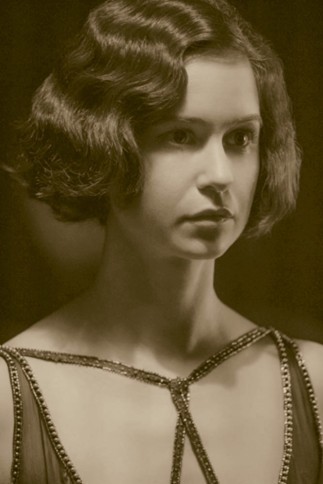 Initially, in October 2014, the studio announced the film would be the start of a trilogy. The sequel is set to be released on 16 November 2018, followed by the third on 20 November 2020. In July 2016, David Yates confirmed that Rowling had written the screenplay for the second film and has ideas for the third. In October 2016, Rowling confirmed that the series would comprise five films. In November 2016 it was confirmed that Johnny Depp will have a starring role in the sequel, reprising his role as Gellert Grindelwald. In April 2017, it was confirmed that Jude Law had been cast for the role of Albus Dumbledore at around the time he was the Transfiguration professor at Hogwarts. The second film will take place in the United Kingdom and Paris. (wiki) 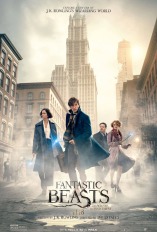 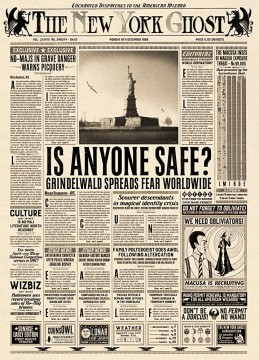