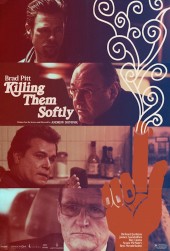 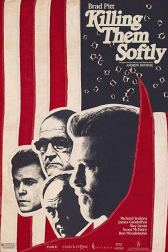 “Large temptations will emanate from these machine-animals, produced by people themselves, and it will be the task of a spiritual science that explores the cosmos to ensure all these temptations do not exert any damaging influence on human beings.” —Rudolf Steiner
In an increasingly digitized world, where both work and play are more and more taking place online and via screens, Rudolf Steiner’s dramatic statements from 1917 appear prophetic. Speaking of “intelligent machines” that would appear in the future, Steiner presents a broad context that illustrates the multitude of challenges human beings will face. If humanity and the Earth are to continue to evolve together with the cosmos, and not be cut off from it entirely, we will need to work consciously and spiritually to create a counterweight to such phenomena.
In the lectures gathered here, edited with commentary and notes by Andreas Neider, Rudolf Steiner addresses a topic that he was never to speak of again–the secret of the geographical, or ahrimanic, Doppelganger. The human nervous system houses an entity that does not belong to its constitution, he states. This is an ahrimanic being that enters the body shortly before birth and leaves at death, providing the basis for all electrical currents needed to process and coordinate sensory perceptions and react to them.
Based on his spiritual research, Steiner discusses this Doppelganger, or double, in the wider context of historic occult events relating to spirits of darkness. Specific brotherhoods seek to keep such knowledge to themselves to exert power and spread materialism. But this knowledge is critical, says Steiner, if the geographical Doppelganger and its challenges are to be understood.

The Computer and the Incarnation of Ahriman

By David B. Black (online)

The Inventor: Out for Blood in Silicon Valley is a 2019 American documentary film, directed and produced by Alex Gibney. The film revolves around Elizabeth Holmes, and her former company Theranos. (wiki)

As the world around us increases in technological complexity, our understanding of it diminishes. Underlying this trend is a single idea: the belief that our existence is understandable through computation, and more data is enough to help us build a better world.
In reality, we are lost in a sea of information, increasingly divided by fundamentalism, simplistic narratives, conspiracy theories, and post-factual politics. Meanwhile, those in power use our lack of understanding to further their own interests. Despite the apparent accessibility of information, we’re living in a new Dark Age.

From rogue financial systems to shopping algorithms, from artificial intelligence to state secrecy, we no longer understand how our world is governed or presented to us. The media is filled with unverifiable speculation, much of it generated by anonymous software, while companies dominate their employees through surveillance and the threat of automation.
In his brilliant new work, leading artist and writer James Bridle surveys the history of art, technology, and information systems, and reveals the dark clouds that gather over our dreams of the digital sublime. (VERSO)

James Bridle on New Dark Age: Technology and the End of the Future

man always makes it clear to himself: “You are using things which have the intention of not being penetrable.” 1180

The Forgotten Space (Allan Sekula & Noël Burch, 2010) follows container cargo aboard ships, barges, trains and trucks, listening to workers, engineers, planners, politicians, and those marginalized by the global transport system. We visit displaced farmers and villagers in Holland and Belgium, underpaid truck drivers in Los Angeles, seafarers aboard mega-ships shuttling between Asia and Europe, and factory workers in China, whose low wages are the fragile key to the whole puzzle. And in Bilbao, we discover the most sophisticated expression of the belief that the maritime economy, and the sea itself, is somehow obsolete.

A range of materials is used: descriptive documentary, interviews, archive stills and footage, clips from old movies. The result is an essayistic, visual documentary about one of the most important processes that affects us today. The Forgotten Space is based on Sekula’s Fish Story, seeking to understand and describe the contemporary maritime world in relation to the complex symbolic legacy of the sea.

The sea is forgotten until disaster strikes. But perhaps the biggest seagoing disaster is the global supply chain, which – maybe in a more fundamental way than financial speculation – leads the world economy to the abyss. (http://www.theforgottenspace.net/)