spacetime coordinates: year 2125, Earth’s population has swollen to 15 billion with a further 5 billion outer space settlers spread throughout the solar system, including Mars and satellites of Jupiter.

Minoru Sakyo Komatsu (小松 左京) is one of Japan’s trio of famous Japanese sci-fi greats together with Shin’ichi Hoshi and Yasutaka Tsutsui. Komatsu’s involvement with the 1970 Japan World Exhibition in Osaka makes him intimately linked to what came to be known as the ‘Japanese wonder’, the signature architecture and ideas of an era brimming with the optimism of bubble economy 80s, probably the most prosperous and carefree period in Japan’s modern history. 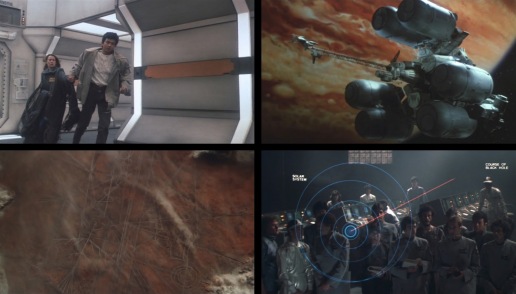 At the same time he is also linked to some of the most enduring traumas of Japanese sci-fi, the birth of a specific 70s disaster cinema(including Virus: The Day of Destruction), following the long tail of atomic bomb afterglow into cold war apocalypticism and what came to be seen as Akira hubris. Komatsu was a key player of the 1970s return to catastrophic imaginings of the future (in parallel with contemporary 1971 oil crisis, Watergate, the end of international golden standard, end of the wars of ‘national liberation’ and traditional communism etc). His best-seller, translated into many languages (including German) was Japan Sinks (1973) where Geotrauma is unleashed as a series of volcanic eruptions, rescue plans and earthquakes that brake up, inundate and transform the entire island nation into refugeesmmigrating to Korea, China, Soviet Union and the US. Japan Sinks brings the archipelago in touch with a tectonic plate ‘structures of feelings’ that questions all certitudes and difficulties of planing ahead of a major catastrophe. It was filmed as Tidal Wave in 1973 and in our own catastrophic-pandemic 2020 there is a new anime adaptation advertised by Netflix Japan in collaboration with Science Saru studios.

Sayonara Jupiter I could trace only in its German dubbed version, a delightful 80s artefact on its own. Based on the 1983 book by Sakyo Komatsu, Sayonara Jupiter offers a unique extra planetary outlook, probably only comparable to the recent Chinese Taikonautic blockbuster The Wandering Earth, based on Liu Cixin’s book. In its scope and enormity of its consequences it makes painfully clear that there is a mismatch with a Western imagination that largely gave up on regarding space as the ultimate destiny of humanity. Even former space race dreams pale when compared with these daring feats of Belt & Road exoplanetary geoengineering.

Prometheic terraforming gets introduces early on – humanity approaching an almost pre- Dyson Sphere initiative, right there on the Kardashev scale called ‘JS – Jupiter Solarization’ project) disclosing a galactic pupose that in turn necessitates the introduction of an alien encounter as well an absolutely credible nemesis: future extraterrestrial eco- terrorist cults. IMHO this vision is matched only by celebrated 1972 Douglas Trumbull debut Silent Running of biospheric drift & robotic gardening. Its technological sublime knows no bounds and so expect lots of wonderful TOHO studios mecha props, gigantic (physical!) spaceship models, upside down moving geisha extras in space stations, all propped up by a grandiose futuristic shamelessness and cosmic naivité. It is really hard to classify this as foolish overreach, cautionary tale, humanistic futurism or as dabbling with truly important questions regarding both planet- destroying capacities & planet – preserving/sustaining potential of future technology.

Now to get to the showdown of the movie: Chief Engineer Eiji Honda onboard Jupiter-orbiting Minerva Station as head of the JS Jupiter Solarization project team is confronted by a international group of protesters(later to be radicalized as terrorists) led from afar by a musician-guru cult leader. All live in a high surveillance Hawaii surf paradise where space hippies gave rise to the ‘Jupiter Church’. To quench the thirst for energy (resource poor Japan was always keenly aware of the energy crisis), space colonies government aims to overcome the costliness of nuclear fusion via a Big Science project that aims to transform Jupiter into a second sun that could power-up remote cosmic neighborhoods and outer planet suburbias. As if this feat was not sufficiently brash (in the eyes of the Jupiter Church), a newly discovered black hole is headed straight for the Sun, so that the solarization project gets retooled as a nova- project.

The only viable solution to Earth’s imminent destruction is a detonation powerful enough to swerve the black hole in a non lethal direction. Jupiter is slated for sacrifice, not before the chief Engineer and Space Linguist Millicent “Millie” Willem discover a 120 km long alien derelict ‘Jupiter Ghost’ spaceship hidden and emitting a (whale-like) signal they cannot decode. The imagery of this hidden spaceship is truly amazing considering the fact that it is all pre-CGI. This ancient paleo-astronautic spaceship relic has been lying in hiding since hundreds of thousands of years, camouflaged in the turbulent atmosphere of the gas giant and is probably responsible for the Nazca like drawings terraformers have discovered on Mars (as well as presumably for those on Earth).

Due to a change of directorial vision and other mishaps, Sayonara Jupiter can feel like an utterly dull movie experience in spite of such a grandiose inter planetary setting. This should not stop us from immersing into welcome ludicrousness and cosmist bathos mixed with erotica. There is this incredible terraforming imagery of Mars at the very beginning, the directed catastrophe-level geoeningeering that is cheered right from the very start – the one action that uncovers the 100.000 yr old Nazca drawings.

There is the space new age sex scene of the Eiji the Chief Engineer and Maria the Jupiter Church cultist infiltrator and terrorist that conspires to blow up the Minerva Station in order to save gassy Jupiter from destruction. Naked planetary floating bodies almost as bold as all the mixed couple book sex magic pinups u can think off. There’s also this singular cut from the Earth Federation President and Constantin Brâncusi’s famous modernist sculpture The Kiss, serving as a stand-in for a new togetherness in the face of disaster.

For those with an interest in that eras High Weirdness potential – Sayonara Jupiter offers bold glimpses of a shadow underbelly to the optimistic and prosperous Japanese miracle. There is something very specific to this Jupiter Church cult – something in tune with the bloom of doom subculture in the Japanese 80s when lots of ultra modern middle class women and men, including well adjusted media/TV celebs join esoterica leaning groups, a time when Aum Shinrikyo doomsday cult expanded and gained pop creds. Blind Chizuo Matsumoto became Shoko Asahara in 1987. It is a time when such Unabomber anarko-primitive clash and get enamored with the techno-scientist elite. Back to back with Reaganite US Star Wars program, Sayonara Jupiter is itself part of a neo-catastrophist revival of Immanuel Velikovsky theories that start resonating with a new prophetic ardor in a key shockumentary of that era: the 1982 Jupiter Menace narrated by George Kennedy (which I wrote at lenght in a previous post), featuring its own specific blend of US pop paranoia, fringe culture conspirituality and incipient prepper and survivalist drift into the disaster imagination of a planetary- astral eschaton. 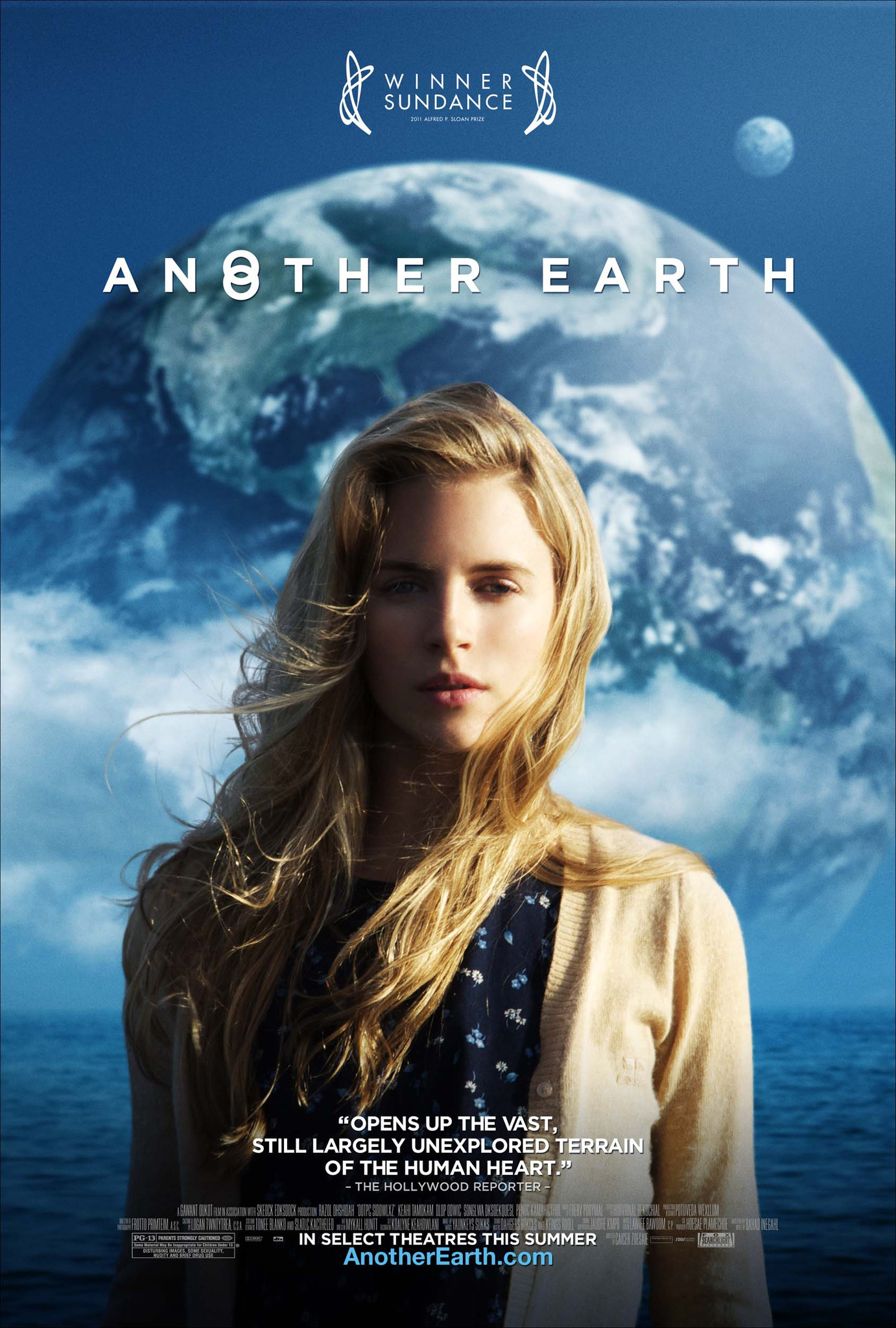 Another Earth is a 2011 American independent science fiction drama film directed by Mike Cahill and starring Brit Marling (who also produced and co–wrote the script) and William Mapother.

The idea behind Another Earth first developed out of director Mike Cahill and actress  Brit Marling speculating as to what it would be like were one to encounter one’s own self. In order to explore the possibility on a large scale, they devised the concept of a duplicate Earth. The visual representation of the duplicate planet was deliberately made to evoke the Moon, (…) This movie shares some of its plot details with the 1969 British sci-fi movie Doppelganger (imdb). 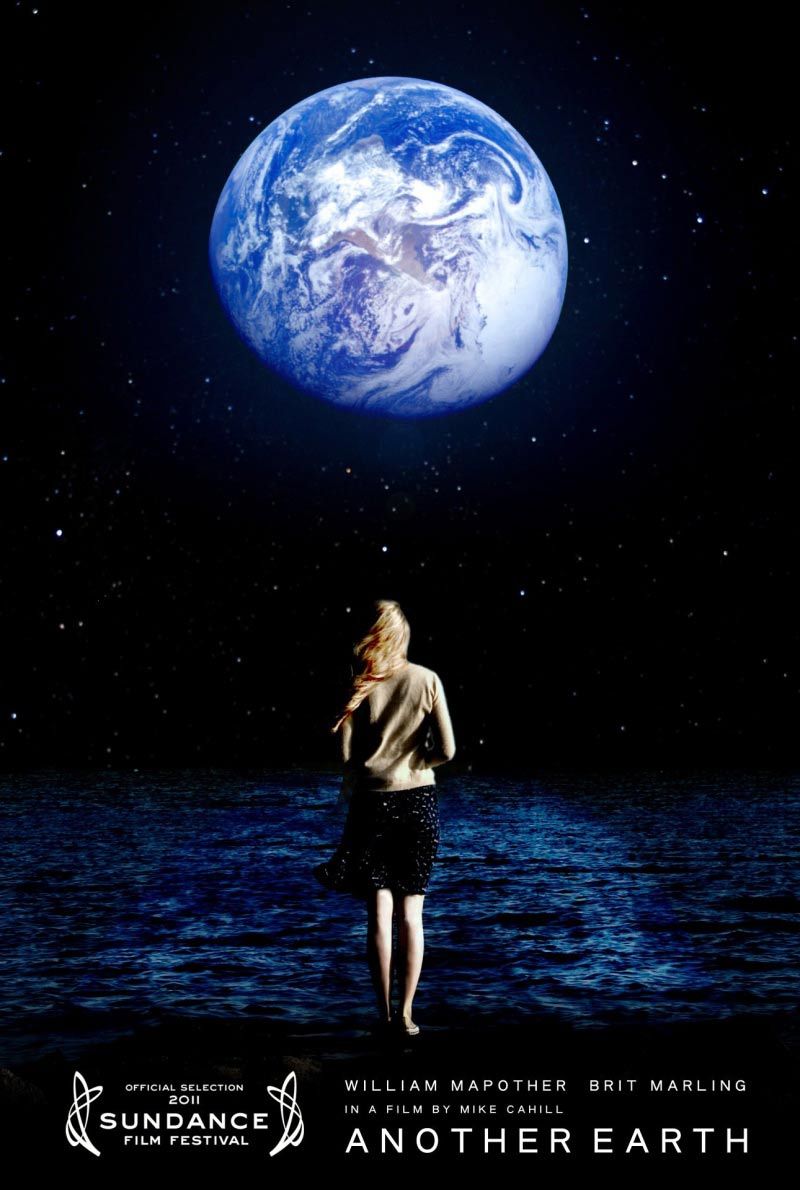 The film ignores the physical consequences of having a similar-sized planet and moon appear nearby (e.g. effect on tides, gravity and atmosphere) other than depicting night time as brighter due to the reflection of the Sun’s light off the other planet. The DVD / Blu-ray deleted scenes feature reveals that the film makers did intend to illustrate some of the consequences by filming a scene in which Rhoda encounters flowers floating in mid-air, but the scene was cut from the final film. (wiki)

One Strange Rock is an American television documentary series, produced by Nutopia in conjunction with Darren Aronofsky, which premiered on National Geographic on March 26, 2018. On July 25, 2018, National Geographic renewed the series for a second season, which is set to premiere sometime in 2019.

One Strange Rock tells the story of how life survives and thrives on planet Earth, as told by eight astronauts from their unique perspective of being away from Earth (for about 1000 days). Hosted by actor Will Smith, One Strange Rock features contributions from astronauts Chris Hadfield, Nicole Stott, Jeffrey A. Hoffman, Mae Jemison, Leland Melvin, Mike Massimino, Jerry Linenger, and Peggy Whitson. (wiki)