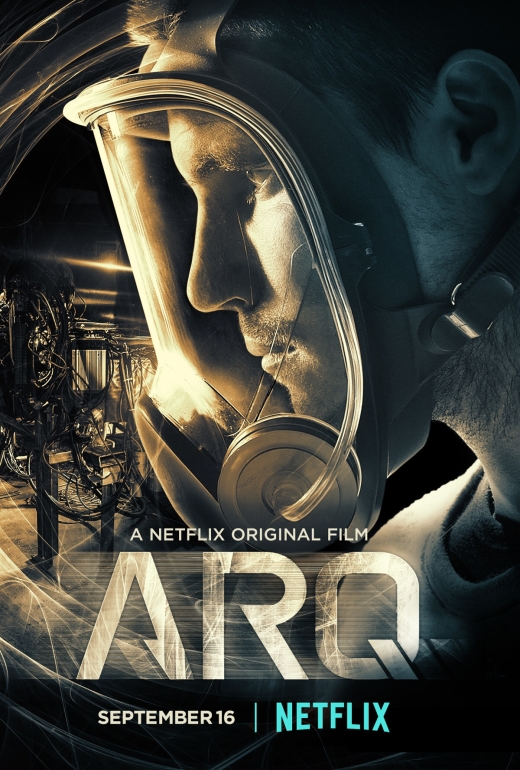 ARQ is a 2016 American-Canadian science fiction action film directed by Tony Elliott. Robbie Amell plays an engineer whose invention causes a time loop during a home invasion. He attempts to save his former lover, played by Rachael Taylor, while learning who has targeted him and why. (wiki)

timespace coordinates: In 2093, a team of scientists embarks on a journey into space aboard an advanced ship called the Nightflyer to make first contact with alien life-forms. 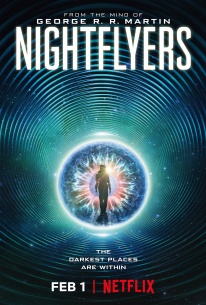 Nightflyers is an American horror science fiction television series on Syfy that premiered in the United States on December 2, 2018 and on Netflix, internationally on February 1, 2019. The series is based on the novella and series of short stories of the same name by George R. R. Martin. The first season consisted of ten episodes, which concluded on December 13, 2018. On February 19, 2019, it was reported that Syfy had canceled the series. (wiki) 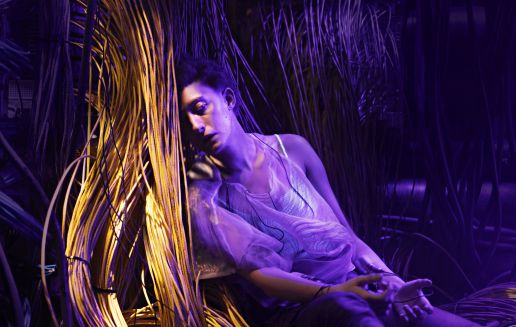 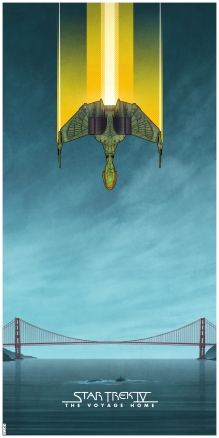 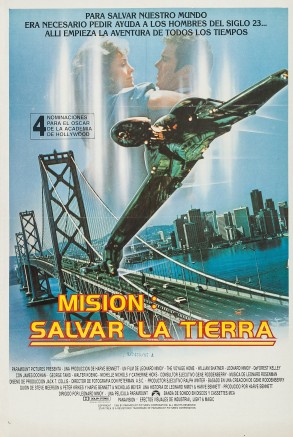 Star Trek IV: The Voyage Home is a 1986 American science fiction film directed by Leonard Nimoy and based on the television series Star Trek. It is the fourth feature installment in the Star Trek film series, and is a sequel to Star Trek III: The Search for Spock (1984); it completes the story arc begun in Star Trek II: The Wrath of Khan (1982) and continued in The Search for Spock. 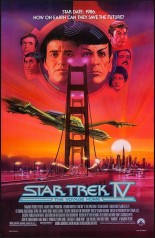 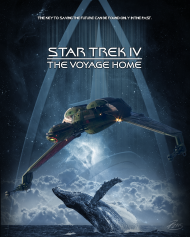 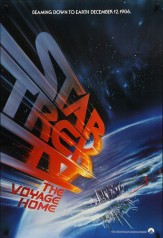 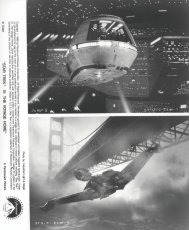 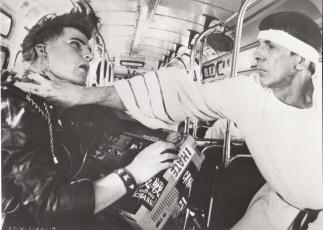 Intent on returning home to Earth to face trial for their actions in the previous film, the former crew of the USS Enterprise finds the planet in grave danger from an alien probe attempting to contact now-extinct humpback whales. The crew travel to Earth’s past to find whales who can answer the probe’s call. (wiki)

timespace coordinates: 2021, seven years after the world becomes a frozen wasteland, the remnants of humanity inhabit a perpetually moving train consisting of 1001 carriages that circles the globe 2.7 revolutions per year (133 days to complete a revolution). Built by billionaire Wilford, the train is rigidly separated by class, with passengers caught up in a revolutionary struggle against the strictly imposed social hierarchy and unbalanced allocation of limited resources. 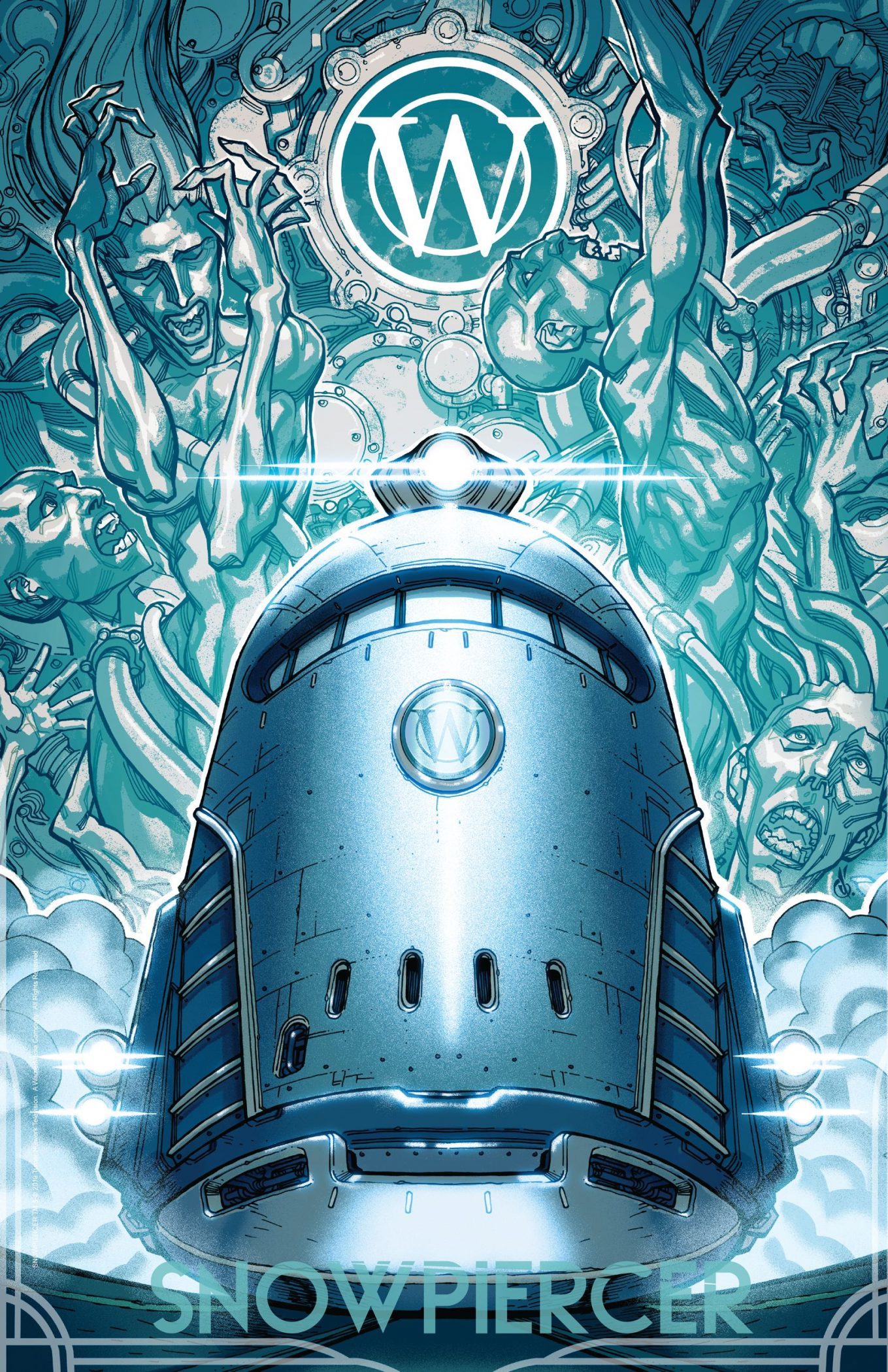 Snowpiercer is an American post-apocalyptic dystopian thriller television drama series that premiered on TNT on May 17, 2020. It is based on both the 2013 South Korean–Czech film of the same name, directed by Bong Joon-ho, and the 1982 French graphic novel Le Transperceneige, from which the film was adapted, by Jacques Lob, Benjamin Legrand, and Jean-Marc Rochette. 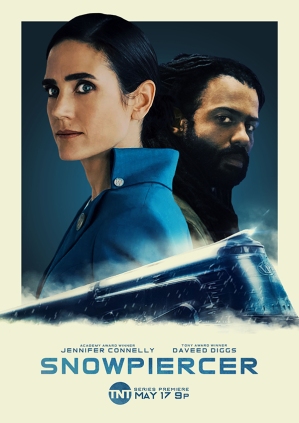 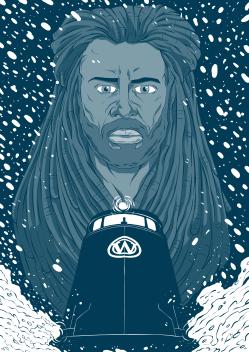 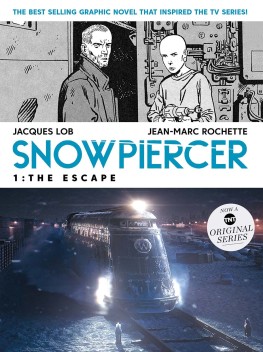