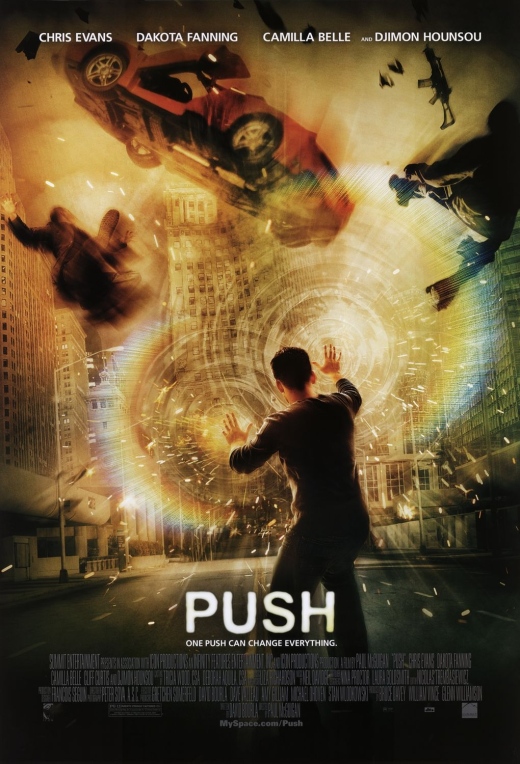 Push is a 2009 American superhero film directed by Paul McGuigan and written by David Bourla. Starring Chris Evans, Dakota Fanning, Camilla Belle, and Djimon Hounsou, the film centers on a group of people born with various superhuman abilities who band together in order to take down a government agency that is using a dangerous drug to enhance their powers in hopes of creating an army of super soldiers.