How It Ends is a Canadian-American action disaster thriller film directed by David M. Rosenthal and written by Brooks McLaren. The film stars Theo James, Forest Whitaker, Kat Graham, and Mark O’Brien. The film was released on July 13, 2018 by Netflix.

The Book of Eli is a 2010 American post-apocalyptic neo-Western action film directed by the Hughes brothers, written by Gary Whitta, and starring Denzel Washington, Gary Oldman, Mila Kunis, Ray Stevenson, Jennifer Beals and  Tom Waits. The story revolves around Eli, a nomad in a post-apocalyptic world, who is told by a voice to deliver his copy of a mysterious book to a safe location on the West Coast of the United States. The history of the post-war world is explained along the way, as is the importance of Eli’s task. 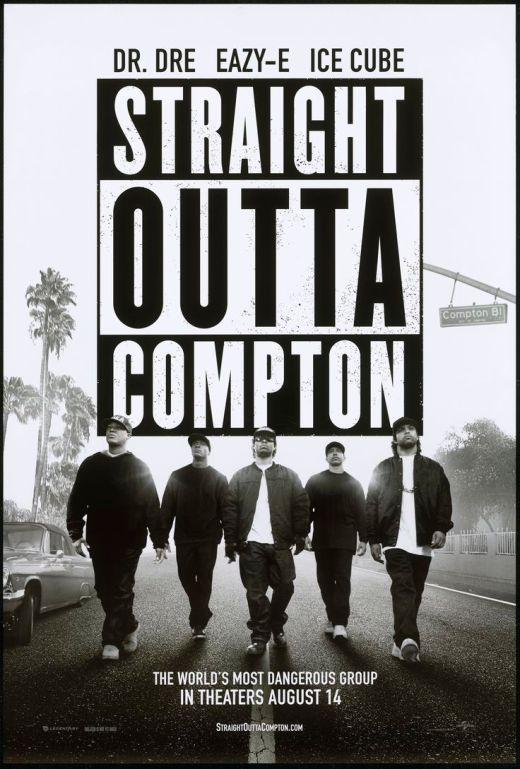 Straight Outta Compton is a 2015 American biographical film directed by F. Gary Gray, depicting the career of gangsta rap group N.W.A. Titled after N.W.A’s 1988 debut studio album, the film focuses on members Eazy-E, Ice Cube, and Dr. Dre, and the rise and fall of the group. Members of N.W.A were involved in making the film, including Ice Cube and Dr. Dre as producers, as was Eazy-E’s widow, Tomica Woods-Wright, while MC Ren and DJ Yella served as creative consultants. Ice Cube is portrayed by his son, O’Shea Jackson Jr., with Corey Hawkins as Dr. Dre and Jason Mitchell as Eazy-E. Paul Giamatti also stars as N.W.A’s manager Jerry Heller.