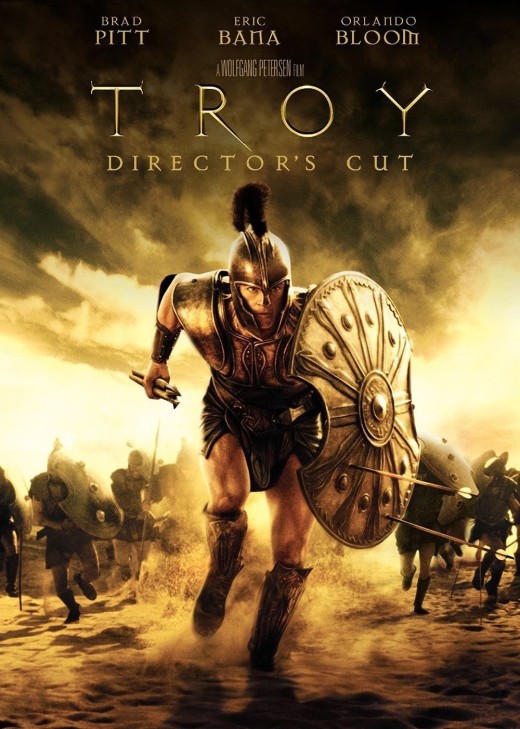 Troy is a 2004 epic period war film written by David Benioff and directed by Wolfgang Petersen.  The film features an ensemble cast led by Brad Pitt, Eric Bana, and Orlando Bloom. It is loosely based on Homer‘s Iliad in its narration of the entire story of the decade-long Trojan War—condensed into little more than a couple of weeks, rather than just the quarrel between Achilles and Agamemnon in the ninth year. Achilles leads his Myrmidons along with the rest of the Greek army invading the historical city of Troy, defended by Hector’s Trojan army. The end of the film (the sack of Troy) is not taken from the Iliad, but rather from Homer‘s Odyssey as the Iliad concludes with Hector’s death and funeral.