Without Name is a 2016 Irish eco-horror film directed by Lorcan Finnegan, based on a script by Garret Shanley. Without Name marks the director’s feature film directorial debut and stars Alan McKenna as a land surveyor who is sent to a mysterious forest harboring a strange secret. (wiki) 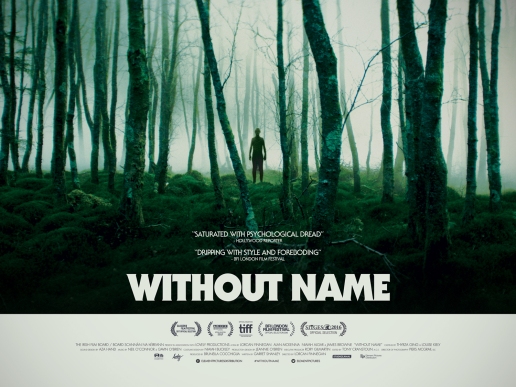