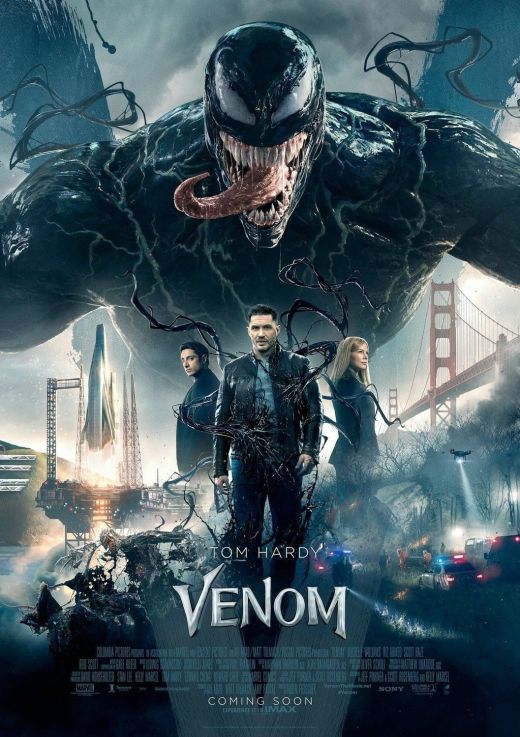 Venom is a 2018 American superhero film based on the Marvel Comics character of the same name, it is the first film in Sony’s Marvel Universe, adjunct to the Marvel Cinematic Universe (MCU). Directed by Ruben Fleischer, it stars Tom Hardy as Eddie Brock / Venom, alongside Michelle Williams, Riz Ahmed, Scott Haze, and Reid Scott. In Venom, journalist Brock gains superpowers after being bound to an alien symbiote whose species plans to invade Earth. The film released in the 30th Anniversary year of Venom’s debut in Marvel comics (May 1988).

The film was primarily inspired by the comic miniseries Venom: Lethal Protector (1993) and story arc “Planet of the Symbiotes” (1995). (wiki) 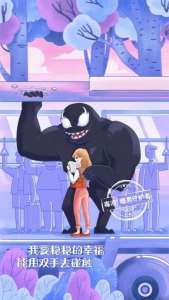 The filmmakers cite the films of horror directors John Carpenter and David Cronenberg as an influence on the film, as well as the horror comedy films An American Werewolf in London (1981) and Ghost Busters (1984). 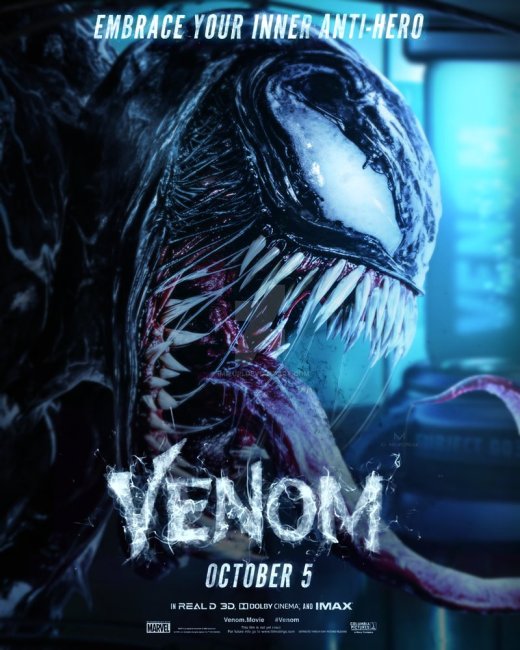 At the end of the closing credits, a preview of Spider-Man: Into the Spider-Verse(2018) appears.