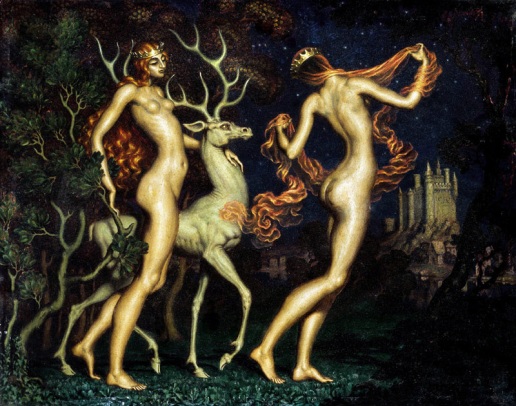 Nicholas Kalmakoff  (wiki) via butdoesitfloat “In 1955, a Russian émigré died alone, unknown and in poverty at the hôpital de Lagny to the north of Paris. After leading a hermit’s existence in his small room at the hotel de la Rochefoucault in Paris, this former Russian aristocrat had created a fascinating body of work which, deemed eccentric and worthless, was locked away in storage and forgotten.”