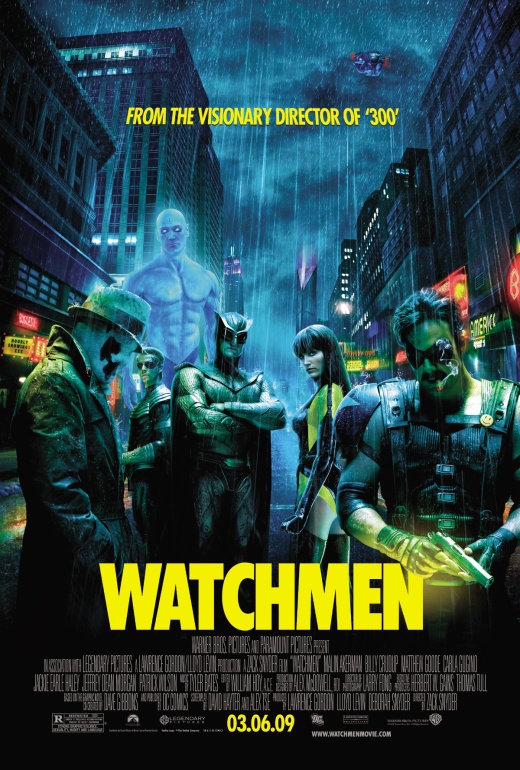 Watchmen is a 2009 American superhero film directed by Zack Snyder, based on the 1986–87 DC Comics limited series of the same name by Alan Moore and Dave Gibbons. It stars an ensemble cast of Malin Åkerman, Billy Crudup, Matthew Goode, Carla Gugino, Jackie Earle Haley, Jeffrey Dean Morgan, and Patrick Wilson. A dark satirical and dystopian take on the superhero genre, the film is set in an alternate history in the year 1985 at the height of the Cold War between the United States and the Soviet Union, as a group of mostly retired American superheroes investigates the murder of one of their own before uncovering an elaborate and deadly conspiracy, while their moral limitations are challenged by the complex nature of the circumstances.

Minutemen 1940 from the mystery adventure Watchmen, a Warner Bros. Pictures and Paramount Pictures presentation, in association with Legendary Pictures. Pictured left-to-right are: APOLLONIA VANOVA as Silhouette, NIALL MATER as Mothman, DAN PAYNE as Dollar Bill, CLINT CARLETON as the original Nite Owl, DARYL SCHEELER as Captain Metropolis, CARLA GUGINO as the original Silk Spectre, GLENN ENNIS as Hooded Justice and (kneeling) JEFFREY DEAN MORGAN as The Comedian. PHOTOGRAPHS TO BE USED SOLELY FOR ADVERTISING, PROMOTION, PUBLICITY OR REVIEWS OF THIS SPECIFIC MOTION PICTURE AND TO REMAIN THE PROPERTY OF THE STUDIO. NOT FOR SALE OR REDISTRIBUTION. 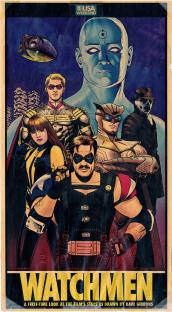 The “Ultimate Cut” edition incorporated the animated comic Tales of the Black Freighter into the narrative as it was in the original graphic novel, lengthening the runtime to 3 hours and 35 minutes.