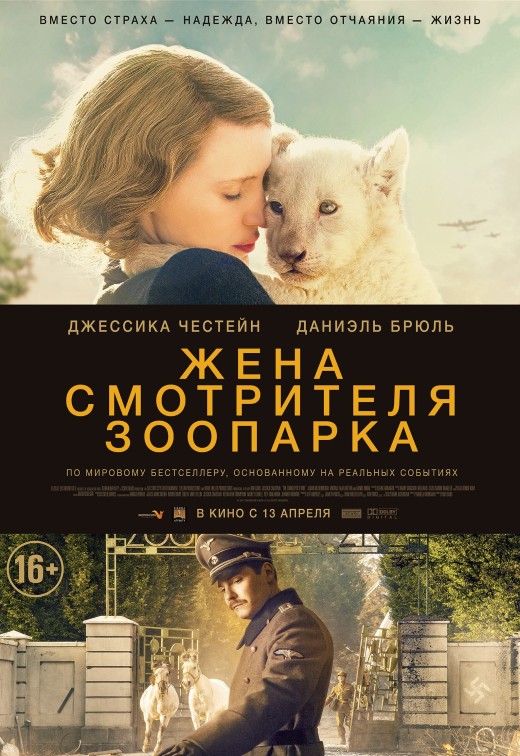 The Zookeeper’s Wife is a 2017 war drama film directed by Niki Caro and written by Angela Workman, based on Diane Ackerman’s non-fiction book The Zookeeper’s Wife, (which relied heavily on the diaries of Antonina Żabińska, published in Poland as Ludzie i zwierzęta translated as: People and Animals 1968)., recounting the rescue of Jews from the Nazi invasion. The film stars Jessica Chastain, Johan Heldenbergh, Michael McElhatton and Daniel Brühl.